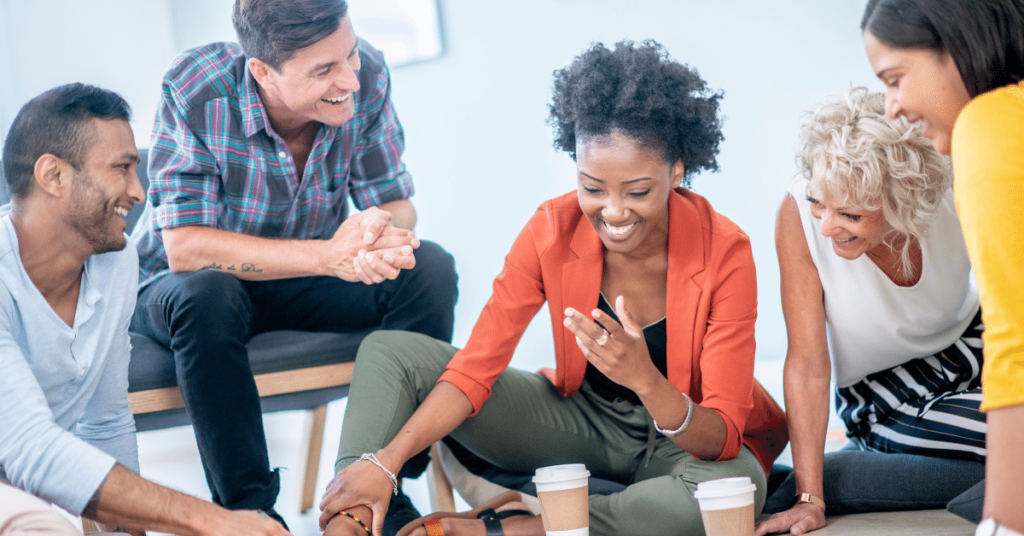 Human beings are social animals, hard-wired to connect with others. Research across a wide variety of disciplines consistently demonstrates that social support enhances productivity (we get more done!), psychological well-being (we feel more complete and more fulfilled!), and even physical health (our body breaks down less!). In fact, George Vaillant, Harvard professor of psychiatry, who directed the world’s longest continuous study of physical and mental health, when asked what he had learned from his 40 years of research, said that

“The only thing that really matters in life are your relationships to other people.”

This recent science is supported by the legend of Khan Kubrat. Khan Kubrat was born around 600 AD. He was the father of the founder of Bulgaria. According to legend, on his deathbed, Khan Kubrat commanded his sons to gather sticks and bring them to him, which he then bundled together. He commanded his eldest son to break the bundle. His son failed against the strength of the combined sticks, and so did the other sons in turn.

Khan Kubrat undid the bundle and broke each stick separately. He then proclaimed to his sons, “unity makes strength”, which has become a common Bulgarian folk slogan and now appears on the Bulgarian coat of arms.

Your “bundle” is that network of caring relationships which wraps you in support and gives you strength which you do not have alone. It is crucial in life that we take time to identify and then cultivate our bundle, to build partners. Your bundle replenishes you. Your bundle supports you. Your bundle challenges you. Relationships are a crucial key in unlocking your destiny. So, how do we build our bundle?

First, focus on building the bundle of others.

Be others’-first, others’-focused, others’-motivated. Remember that if you are looking for a bundle, so is everyone else! Be a bundle for others and they will return the kindness.

Sometimes, bundles come from places we would never guess! Several years ago, I went through a difficult personal season. I remember thinking that my support would come from certain friends I had at the time. Not only was I shocked that the help I needed did not come from those friends, but I was pleasantly surprised when it came from another set of friends, I didn’t think it would come from. True happiness is not about having a large quantity of friends, but about having quality friends. I had pre-judged that some would be in my bundle and others would not. I was wrong. A new bundle began to emerge and thankfully, my new bundle helped me through!

Nobody owes you or me anything. In other words, every friend we have is a precious treasure and a privilege. The moment we take our friends for granted and lose an attitude of gratitude is the moment that we make it difficult for people to be in our bundle. It is so true that the only way to truly have a quality friend or bundle is to be one.

Part of happiness is working together in teams, and so let’s look at 5 Essential Ingredients of Winning Teams… So, what are the “The 5 Essential Ingredients of Winning Teams?

There can be no doubt that at some point in our lives, something will attempt to break us. Don’t try to stand alone. Cultivate a bundle. The support of a bundle will enable you to stand far longer than you could on your own.

Attend the CCF's free 1-hour masterclass on Quick Coach Jumpstart Masterclass and learn the secrets to becoming a life coach and making a difference in the world!

Connect with us on social

If you are searching for tips on growing your coaching business or career, and make a bigger impact, our social pages are for you.

Check out our programs

Learn more about what the CCF has to offer you, from our membership and certification training programs to our workshops, events, and coaching opportunities.